Were you confronted with the error number 0x87e5002b when you attempted to launch any game on your Xbox Console? If you answered yes, then this blog post is for you. The fundamental reasons for this problem and alternative solutions to the problem will be discussed in detail in this section.
In this post, we’ll walk you through the process of how to fix Xbox Error 0x87e5002b. You may encounter the error number 0x87e5002b on your Xbox console when launching a game. It is indicated by this error code that your console requires system refreshment. 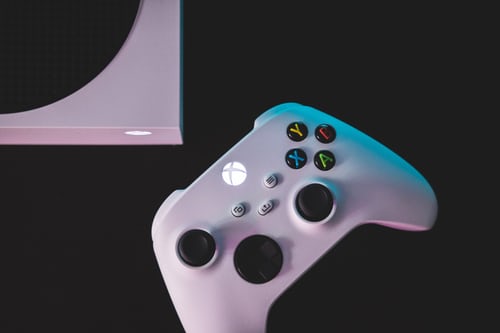 When launching Xbox, it is best to do a system refresh using the methods outlined below —

After that, the console will automatically restart. Make careful to reboot your router while this is taking place.

Try power cycling your console if the error code 0x87e5002b persists even though the console has been refreshed. To accomplish this, follow these steps:

After addressing the error by refreshing and power cycling your game system, you will need to reset your Xbox console to the factory settings. Listed below is the procedure for resetting this app on Windows 11/10 –

How to fix Xbox 360 Error – AV Cable Is Disconnected.?

How can I fix the Xbox 360 Error – General Hardware Failure I’m getting?

If the LED display’s lights 1, 3, and 4 are all flashing, this indicates that a general hardware failure has been identified. Restarting the console will allow you to troubleshoot the issue. If this does not solve the problem, switch off the Xbox 360 and disconnect all the console wires. Reconnect all of the connections firmly and restart the computer. If the problem persists, repeat the procedure and remove the hard disc from the computer with all cables and power turned off. The console should be turned back on after being disconnected from the power supply. Remove all connectors from the console and reinstall the Xbox 360 hard drive if the LED lights are no longer illuminated after turning the system off and on again.

How can I resolve the Xbox 360 Overheating Error?

Overheating on the Xbox 360 is a common problem. If lights 1 and 3 on the Xbox are flashing, the console has overheated. A variety of factors can contribute to this. Still, the most common is that the Xbox is used for a lengthy time in a poorly ventilated environment or that electrical equipment is placed beneath or on top of the Xbox. Shut down the console and set it aside to cool down for several hours. If the console is in an enclosed space, it should be moved. A heat source such as a heating vent or radiator should be avoided when setting up the console.

How to Resolve the Xbox 360 Error – Hardware Failure Message?

This code differs from the standard hardware failure error code in that just light number 4 will be blinking red instead of the general hardware failure error code. A linked failure code associated with the DVD drive is usually the cause of this error message. Another possibility is that the DVD drive was not properly closed when the system was first started, the Ethernet port was not correctly configured, or a voltage fault.

This article has demonstrated different steps for how to Fix Xbox Error 0x87e5002b? If you still have any queries, feel free to ask in the comments section.

How To Clean Macbook Butterfly Keyboard? Best Ideas In 2022

How To See Who Liked Your Spotify Playlist On Iphone? Updated 2023